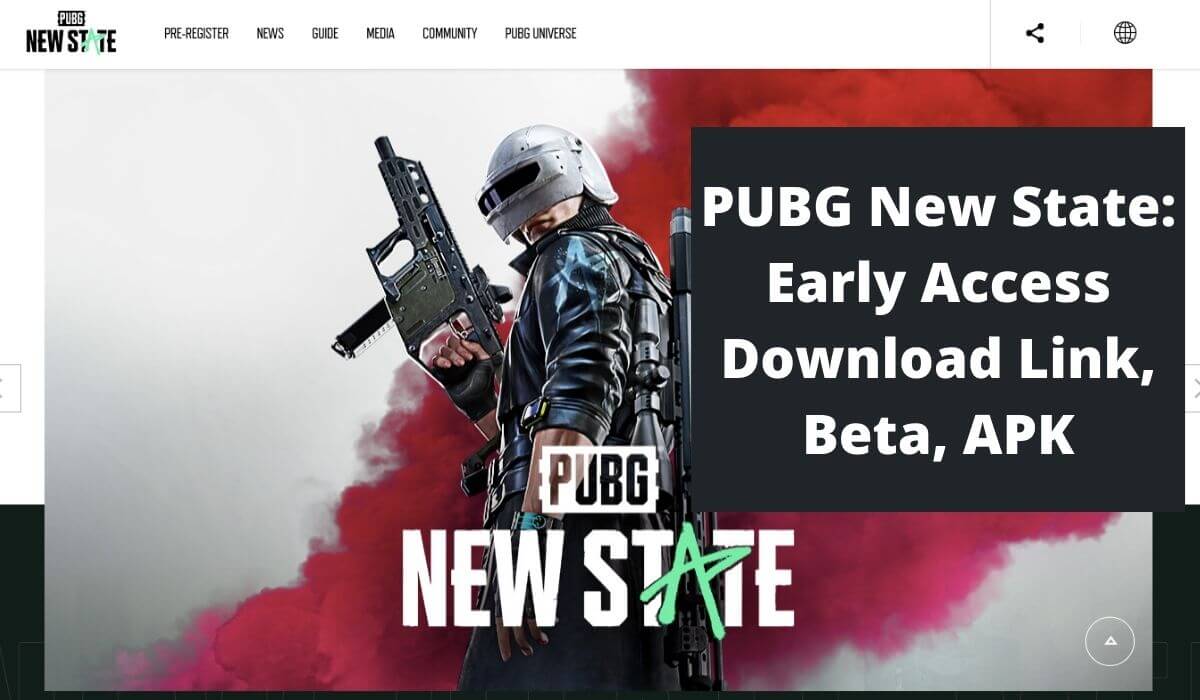 PUBG New State Early Access Download Link, Release Date: Indian gamers are going to get a big gift in the form of PUBG New State this year. We all are well aware of the success of PUBG and BGMI (Battlegrounds Mobile India) produced by krafton, but all the fans are eagerly waiting for PUBG New State. Ever since the company has said that this game is the future of battle royale title games, gamers’ hearts have not stopped beating since then.

First of all, understand this clearly, that PUBG New State is not a separate game, but a similar battle royale game produced by Krafton, the producer company of BGMI. Simply put, there is going to be a competition between two games of the same company.

PUBG New State game will be released on 11th November 2021. This is going to be a very good news for all the gamers out there as they were eagerly waiting for the new PUBG game after the ban of PUBG Mobile in India.

A few days ago the pre-registration of PUBG New State has also started, and the features of the device have also been released to play it. This game is going to be very exciting, because it will get many such features, which you had not even imagined till now. We will discuss all these topics in detail, as well as understand the difference between BGMI and PUBG New State.

PUBG New State is a great and latest battle royale game developed by Krafton, the manufacturer of BGMI. The map, weapons, and other items inside this game have been created on the basis of imagination.

As per the news, the world inside the game will be the world of the future, that is, the circumstances have been imagined based on the time of 2051. That is, just as we can see the adventures of super power and future world in Avengers, the same adventure will be found in it too.

The pre-registration of PUBG New State has already started for Android and iOS users. If you are also one of those people who are eagerly waiting for this game, then quickly go to Google Play Store, or Apple Play Store, and pre-register for a new avatar of the Battle Royale game.

It is clear that, like Pubg and BGMI, this is also a battle royale game. In this too there will be a battle between 100 players, and the person who lasts till the last will be the winner. Envisioning the world of the future, some major changes will also be seen. Of course, new types of weapons and techniques like Dodging, Drone Calls etc. will also be used.It is expected that Pubg New State will get more high quality graphics than Pubg or BGMI. According to official sources of the game, Global Illumination Technology will be used in it, which has not yet been used in the graphics of the mobile game.

This game can be release before Diwali.Although krafton has not officially announced any release date, but according to the news coming through some media, 11 November 2021 is considered as the possible release date of the game. According to the news that has recently been leaked through the listing on the Apple Play Store, this game can be released soon.

On pre-registration, you will not only get the beta version of the game to play, as well as a Permanent ‘Limited Vehicle Skin’ as a bonus.