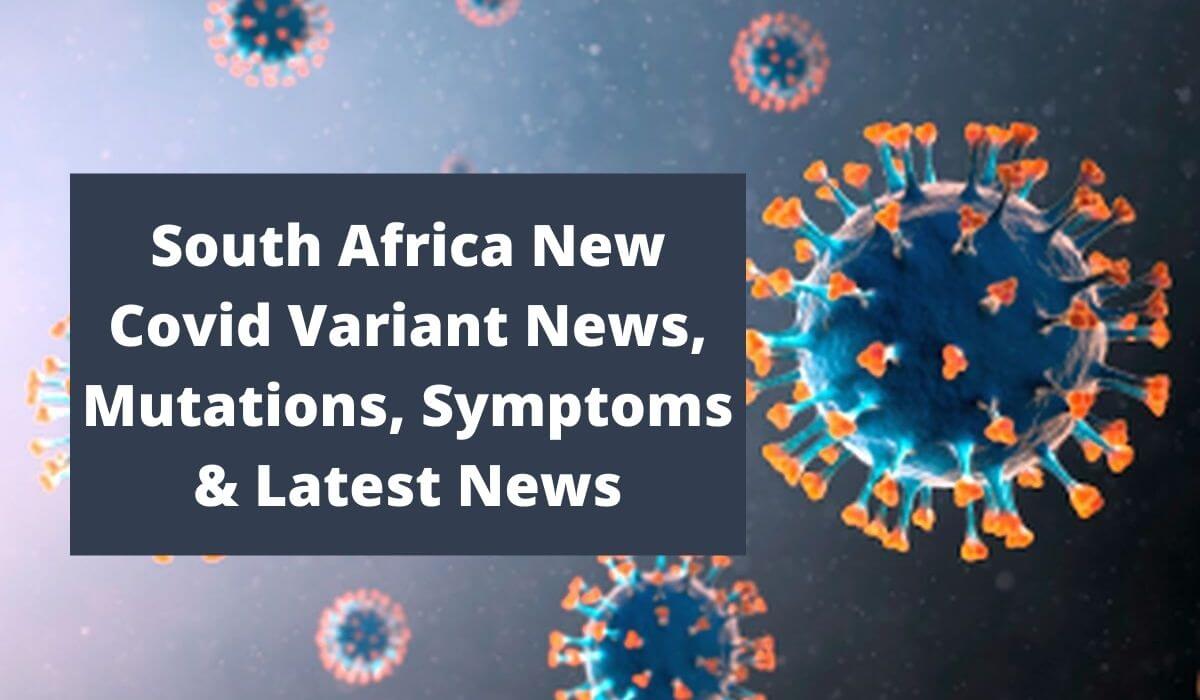 Omicron Covid Variant News, Mutations, Symptoms & Precautions: The outbreak of corona virus has not subsided yet. The new strain B.1.1529 of Corona has been detected in South Africa and it is more rapidly spreading and deadly than all the earlier strains of Corona. Due to this strain, cases are increasing rapidly in South Africa. Scientists in South Africa have detected a New Covid Variant (Omicron Variant) with a large number of mutations and this infection was responsible for the increase in cases in the country. A professor of bioinformatics had detected a new strain of corona, ‘B.1.1529’, which carries an unusually large number of mutations and is very different from the previous variant.

The corona infection originating from China is causing havoc all over the world. Many variants of it have come out after changing new forms. Now the scientists of South Africa have once again raised the concern of the countries of the world by revealing a new variant of Corona. South African scientists have detected a new corona variant with multiple mutation potential. This variant was detected after an increase in the number of infections in South Africa. South Africa has the highest number of new cases of corona in the African continent.

The havoc of Covid-19 is once again starting to overwhelm the world as the rapidly spreading corona has now emerged in a new form in South Africa and Botswana. The new mutants of the virus have worried the scientists of the world and the WHO. South Africa has detected more than 20 such cases and it is not surprising that a new variant has been detected in South Africa.

Experts have limited data, they are working day and night with all installed surveillance systems to understand the new version and assess the risk it poses. They have come a long way in understanding this new version and soon the full details will be in front of everyone.

Concerns are rising about a new variant of the corona virus first found in South Africa. There are many mutations in this variant and due to these, there can be major changes in the way the virus works. The formal name of this new variant is B.1.1.529. South Africa’s National Institute for Communicable Diseases (NICD) has confirmed more than 20 cases so far.

The NICD has also said that genomic analysis is underway and that more cases may come to the fore. The World Health Organization has said that its earliest samples were found in November in many countries as the variant was detected in South Africa and there are currently fewer genome sequences are available.

All the vaccines made against corona-virus increase immunity by targeting this spike protein. If there are more mutations in it, then the immune cells created by the vaccine will not be able to recognize this pathogen, and will not be able to attack and destroy it. Overall, because of this, mutations in the virus’s spike protein will render recent vaccines ineffective.

On the other hand, the Government of India has asked all the states and union territories to strictly screen all international travelers coming from South Africa, Hong Kong and Botswana or coming from these countries. New variants of Corona new strain B.1.1529 (Omicron) with serious public health implications are reported in these countries.If experts are to be believed, then this variant can spread very fast. About 99 new cases were reported in South Africa earlier this month, whose number has now exceeded 1,100 daily.

The mutants found in this variant, called B.1.1.529, are extremely dangerous because they can help evade the body’s immune response and make it more infectious. The discovery of a new variant in South Africa has raised concerns that the infection is spreading rapidly in Europe, despite a large population already got there jabs. Cases have been increasing rapidly in Europe recently and huge number of new cases of corona infection are being reported every day. Thousands of people are also dying every day and it is a matter of concern.

Below are the most common symptoms of covid 19 which a person can feel after getting infected by this virus. And now again its time to start wearing masks and follow the social distancing rules to avoid another lock-down.